What is the correct priority date of US 4,851,616 A, and what are the legal ramifications if an inventor deliberately misrepresents the priority date based on an error in the patent?

Hint: There are at least 12 useful pieces of information in the cover sheet (and even more in the specification), and the answer is not January 3, 1966. 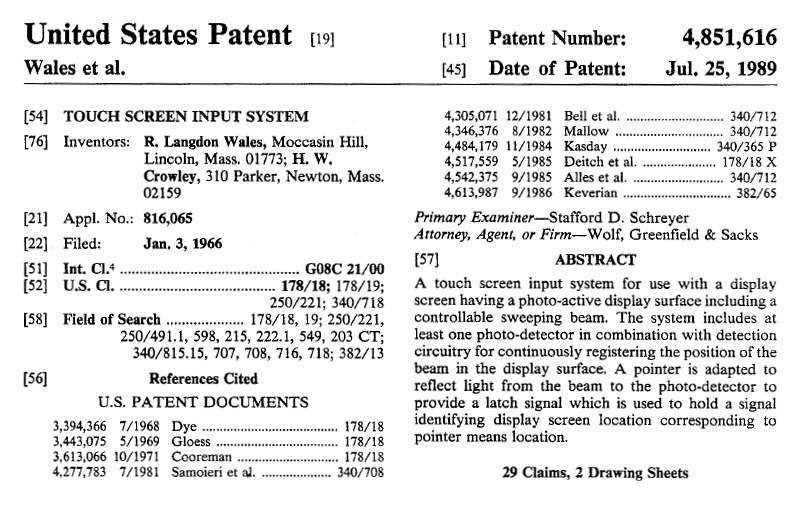 Note: This is a lapsed patent, and the reason I am asking about this is provided in this meta post.

The "Filed" field in the grant publication says "Jan. 3, 1966". However, other information from the cover sheet conflicts with this date.

Based on all of this evidence, which is publicly available in the USPTO databases, it is clear that the correct priority date of the patent is January 3, 1986. The 1966 date is an obvious typo in the cover sheet, which is known to happen from time to time. If someone is interested in correcting it, they can submit a correction according to Section 323.01(a) Typographical Errors in Cover Sheet, and the USPTO will make the necessary correction to the cover sheet in the historical database.

Now that the correct priority date is established, what are the legal ramifications of deliberately misrepresenting information about a patent? Well, in a normal online forum, probably nothing. However, this forum has the blessing of the USPTO to identify and submit third party observations for prior art. Misrepresentation of information here would potentially fall within the scope of deceptive intent leading to Inequitable Conduct as described in this article: 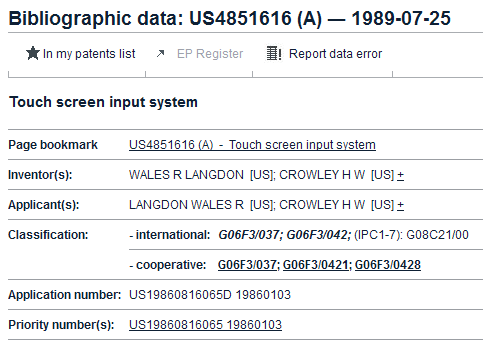 323.01(a) Typographical Errors in Cover Sheet

A party who wishes to correct a typographical error on a recorded cover sheet must submit the following to the Assignment Services Division:

See 37 CFR 3.34. The party requesting correction should also submit a copy of the original cover sheet, to facilitate comparison of the corrected cover sheet with the originally recorded document.

Normally, there would be a $100 fee to file a request for correction, but in this case the error was made by the USPTO, and they will waive the fee.

Not the answer you're looking for? Browse other questions tagged expired-patent priority lapsed-patent us4851616 or ask your own question.