Microsoft has submitted an application for a patent to the blatantly obvious idea of designing a computer that consists of independently upgradeable modules - an idea as old as the IBM PC itself only this time the modules are wrapped in a sleek, drool-proof housing and interlocked using magnets rather than sockets.

I hereby request the assistance of the community in debunking the 20 claims covered in this patent and would suggest as a point of reference the Industry Standard Architecture or alternatively the Lenovo Thinkpad Stack, which was revealed to the world on January 4th 2015 or possibly this IndieGoGo concept called the ICE xPC, which failed to receive funding on February 7th 2014.

Here is the first of the twenty(!) claims in the patent:

Here is a picture from the application to help people grasp the concept: 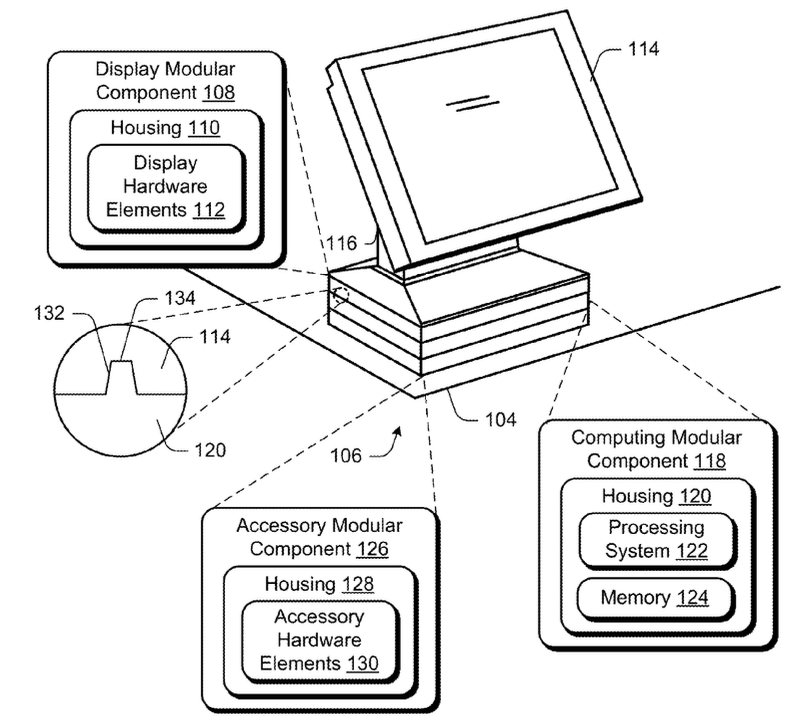 Going way back in time, there's also things like http://www.storiesofapple.net/the-jonathan-computer.html

prior-art-request prior-art microsoft modular lenovo or ask your own question.