Any information, prior to 2011, which may invalidate this design patent:

In addition to Air Freshener lids, possibly jar lids, wheel stencils, shower heads, or anything having the pattern of holes of this design patent may help.

Potentially copyrighted designs, prior to 2011, may also help invalidate.

This prior art search has been posted for a while with little response. As I am not a patent attorney, this response is based on my best understanding and if there are inaccurate statements, I hope others will edit the answer.

My point is the request for examples of the same pattern of holes in objects other than an air freshener lid aren't of value as prior art so the question itself is off base. I understand that this doesn't "answer" the question, but I think it does educate the questioner.

I was thinking crochet forms may be similar: 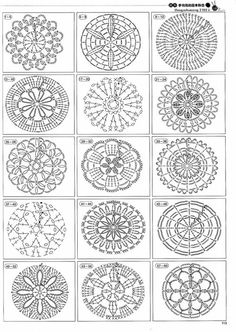 you can search for similar images either on:

If this answer is helpful either upvote it or select it as an answer.

Not the answer you're looking for? Browse other questions tagged invalidation or ask your own question.

8
Call for Prior Art US Patent 7,888,125 (Theranos) Duke v. Stanford
1
How to interpret prior art with broad claims and narrower specification in order to invalidate another patent?
1
How detailed must a description in a non-patent instance of prior art be to invalidate claims?