The aim of the pulley described in US20160152452A1 is to reduce friction between fixing rope and sheave.

For better understanding, please see the drawings of different embodiments of claim 1: 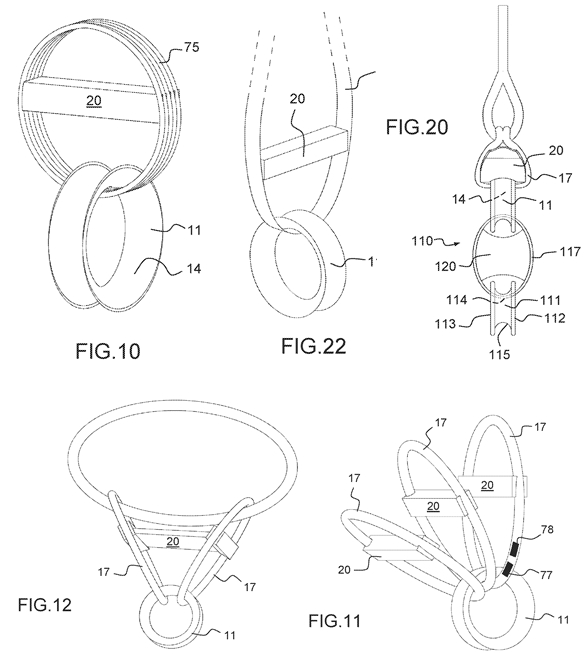 The short answer is no it shouldn't be possible to get a patent on something that is already in use. In fact pulley's have been in use since more like 1500BC. So it doesn't seem likely that US20160152452 is actually trying to patent a simple pulley. What is actually patented is defined by the claims. To infringe on a claim, you need to implement each and every aspect of the claim. You have to look at those and not simply focus on the title or abstract. Also, claims in applications are almost always broader than what actually gets allowed. Here is the first claim.

I expect this claim will not get allowed as written because it doesn't specify clearly the design, but I could be wrong. I'd need to read the rest of the patent to clearly understand how some of the terms are defined. What I believe this patent is getting at is a specific design of the monobloc sheave in order to reduce friction without the cost of ball bearings. So the real question is whether the actual design of the pulley as defined by the eventual claims in a granted patent (and it may not be) are anticipated by prior art.

If you believe you have prior art to this application, you can submit it to the USPTO. This is called a Third Party Preissuance Submission. Here is another link that describes the process. It looks like there is a $180 fee for submitting up to 10 items of prior art.

In the Colligo marine catalogue of 2013 on page 7 (http://pdf.nauticexpo.com/pdf/colligo-marine/catalog-2013/32670-22520.html) a picture is shown where a low friction ring is used in combination with a fixing rope to act as a pulley: 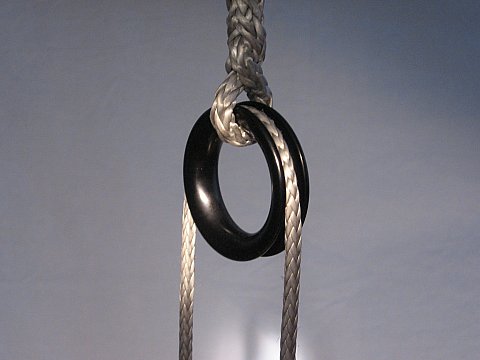 Part of the claims are published in a casual publicaties in sailmagazine november 2012 issue: https://www.sailmagazine.com/gear/low-friction-rings: 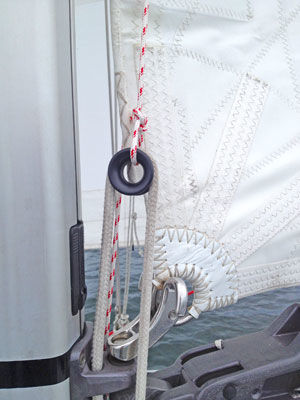 The white rope, when pulled on one end, will rotate the black sheave. The combination of black sheave with the red/white rope tied through the center of the sheave will then act as a pulley. The mentioned article in sailmagazine describes the use of “low friction rings”, which is actually exactly the sheave type described in the patent.