Is this patent on electrodes a troll and how to get it invalidated after 6-month window has passed?

A friend of mine is a researcher in biomedical engineering. During literature review she encountered this patent filed by a seemingly prominent researcher, claiming the invention of a carbon black-doped PDMS electrode (priority date: 2012). However, the said device has been in use in the research field for almost two decades. A simple search on Google Scholar could easily present dozens of prior arts. However, there is more to it.

Let's look at the first claim:

If I am reading it correctly, did they just claim all electrodes as their invention?

Thereafter a search on WIPO showed that they received a Final Rejection in March 2017, but they filed for Continued Examination in September, so it is still alive. 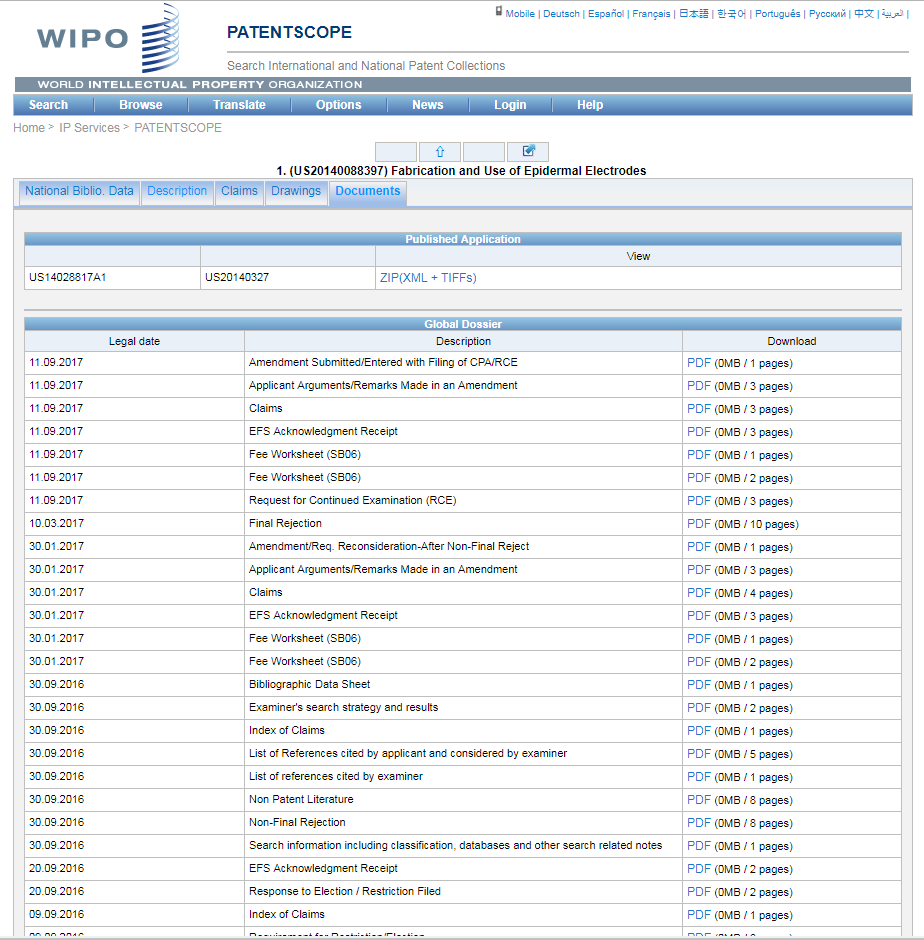 Since it has been way over 6 months after publication or first rejection, I can no longer submit prior art to dispute this troll, right? Or is the PCT system different?

In this period after the submission window, but before the patent is rejected/granted, what else can I do, hopefully without breaking the bank? Is the process of dispute identical to that after issuance? And is this really a troll?

(A possibly opinionated side-question: Given that it has been blatantly rejected, should I be concerned at all? In fact, would ordinary people pay attention to these things? I just hate trolls.)

Options for submitting prior art on a patent application after the 6 month window passed? (Similar to my question but the answer wasn't satisfactory.)

How do you invalidate a patent?

I had invented and published before this patent application

I have prior art for a pending patent. What should I do?

Upon reading their latest amendment, my friend commented that adding hydrophobic treatment with a specific chemical to Claim 1 may get their patent approved, as it is disguised as a feature to permit underwater use. Whereas in reality all such PDMS devices, electrode or not, normally undergo hydrophobic treatment as part of the fabrication process. Should we be concerned that the Examiner could be fooled?

As you can see, the inventors added a mention of FPOSS to differentiate over the examiner's findings.

Essentially, additional findings were brought in to show that FPOSS is well known, and that bolting it onto the invention doesn't make the invention patentable. This kind of a song and dance is extremely common, and the application is still very much alive. It might get granted in a very restricted shape, or get abandoned, or go to appeal and be granted broadly - it's impossible to foretell.

If I am reading this correctly, the time has elapsed for submitting 3rd party information regarding this application: https://www.uspto.gov/patent/initiatives/third-party-preissuance-submissions

If this application does ever issue, you can launch a Post-Grant Review: https://www.uspto.gov/patents-application-process/appealing-patent-decisions/trials/post-grant-review

0
Has this patent application (8,559,894) been granted?
0
How to get a patent?
0
How to get a patent on a design that already has a patent
0
Applying for a patent after one has lapsed
2
Application rejected at examination stage - How to proceed best?
0
Non-novel/non-inventive patent of subcomponent of device that was already previously patented?
1
Patentability Of Parameter Optimization For Previously Patented Process