The real 'knowledge' or the learning that makes a neural network give results is the values behind of the edge weights which are literal expressions (numbers) as seen below. The neural network is essentially useless without these appropriate values and hence this is an extremely valuable intellectual property. Is copy-right protection available for this? What all elements of a neural network get IP protection? 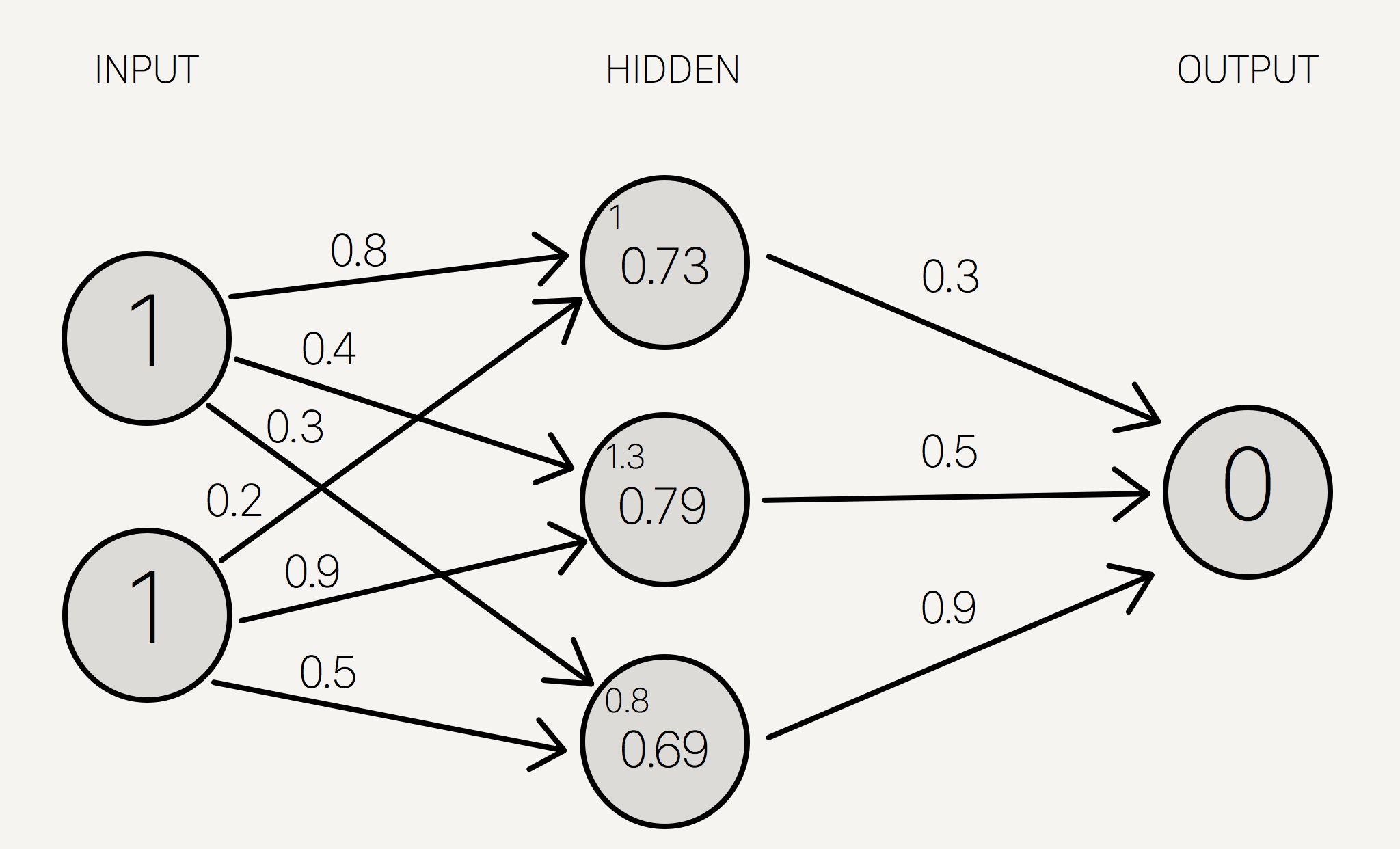 Almost certainly not, as they are obvious (in a patent sense). The reasoning for this is a little bit indirect.

Neural networks in general are very well-known and commonplace. In addition, training methods for neural networks are very well-known. By applying a known training method to a known neural network, you are doing nothing more than what has been done thousands of times before. The fact that you have a unique series of values as an output is not in itself non-obvious, since they were obtained by well-known and obvious techniques. As such, it would be obvious for the person skilled in the art to try the same approach, and they would then obtain substantially the same results.

Copyright is off-topic here, and I would encourage you to post a similar question on Law.SE to get a full answer.

However, as an aside, almost certainly there would be no copyright in the weights of a neural network, since they would not involve even a modicum of creativity.

Depending on the wording of the claim as a whole it is possible but any claim with the specifics of weights and, correspondingly, a specific architecture of nodes would be easy to get around. As an example of language in a claim of an issued patent -

It is specific as to application and the source of the data but not to the gritty details of the neural network. One could imagine a dependent claim that nailed down the characteristics of an example network to greater and greater detail, including weights. It would not be the weights that gave patentablity.

2
Does "Vessel Hull Design Protection Act" protects any kind of object of design?
2
There is liquid formula that is patent pending on the market. Can i also get a patent for a similar formula?
0
Is patent protection limited to ONLY what is described in one of the claims?
0
How is the system described novel in any way? It is simply a proxy registration that has been digitzed.
0
How precise does a patent have to be when it is describing the usage of a neural network?
1
How was the period for patent protection chosen?