which patents were prior to this patent D698,996

Design patents cover the ornamental appearance of an item. The patent in question was issued a final rejection for not being novel in light of US5,003,993, Silver. The applicant pointed out that the spacing between the spirals were wider in '993 (relative to the width of the spirals than in the applicant's design.) 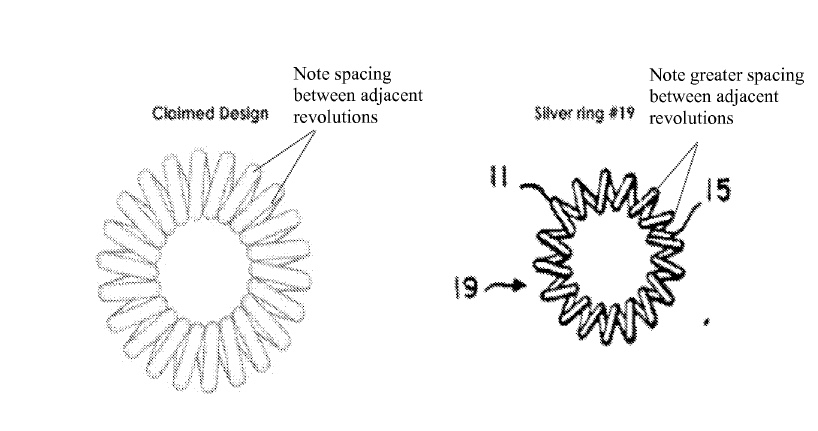 If you look up US5,003,993, you will see that its purpose is quite different that something for hair management!

I am also including a image of the Swirlydo.

It was not cited by the examiner. Possibly because their go-to resource is patents and possibly the SWIRLYDO was not yet made public before the filing date in 2012. IF it were prior art and cited, the applicant might have pointed out that the coils in the swirlydo are tighter and the relationship between the width of the coils and the radius of the overall circle was not the same.

1
Should I publish my idea prior to releasing a product to prevent a competitor from filing a blocking patent?
4
Can this patent be invalidated?