I'm a programmer, and got a warning letter for patent infringement from a competitor's product company.

My product is an Internet filter, and the relevant part - probably - is censoring negative words from parts of a web page.

I understand programming but not in large and vague formulations, so I find it difficult to be sure of the intention of the patent, but according to my reading it seems to be a patent for the ability to identify related elements as part of the negative identification. The patent:

My Question: It seems ridiculous to me to patent this mechanism (why should so complicate detect and determine relatd part in the DOM?!), Am I wrong? Is this legally acceptable? Could it be that before the patent was patented, no one had done the so banal thing? Is it possible to call such an idea, which is entirely a regular solution of a computer problem, an original idea?

I took from the patent the "problem", the desired result, and the "Algorithm".

NOTE: The claim is based entirely on the fact that my product reaches the same result. 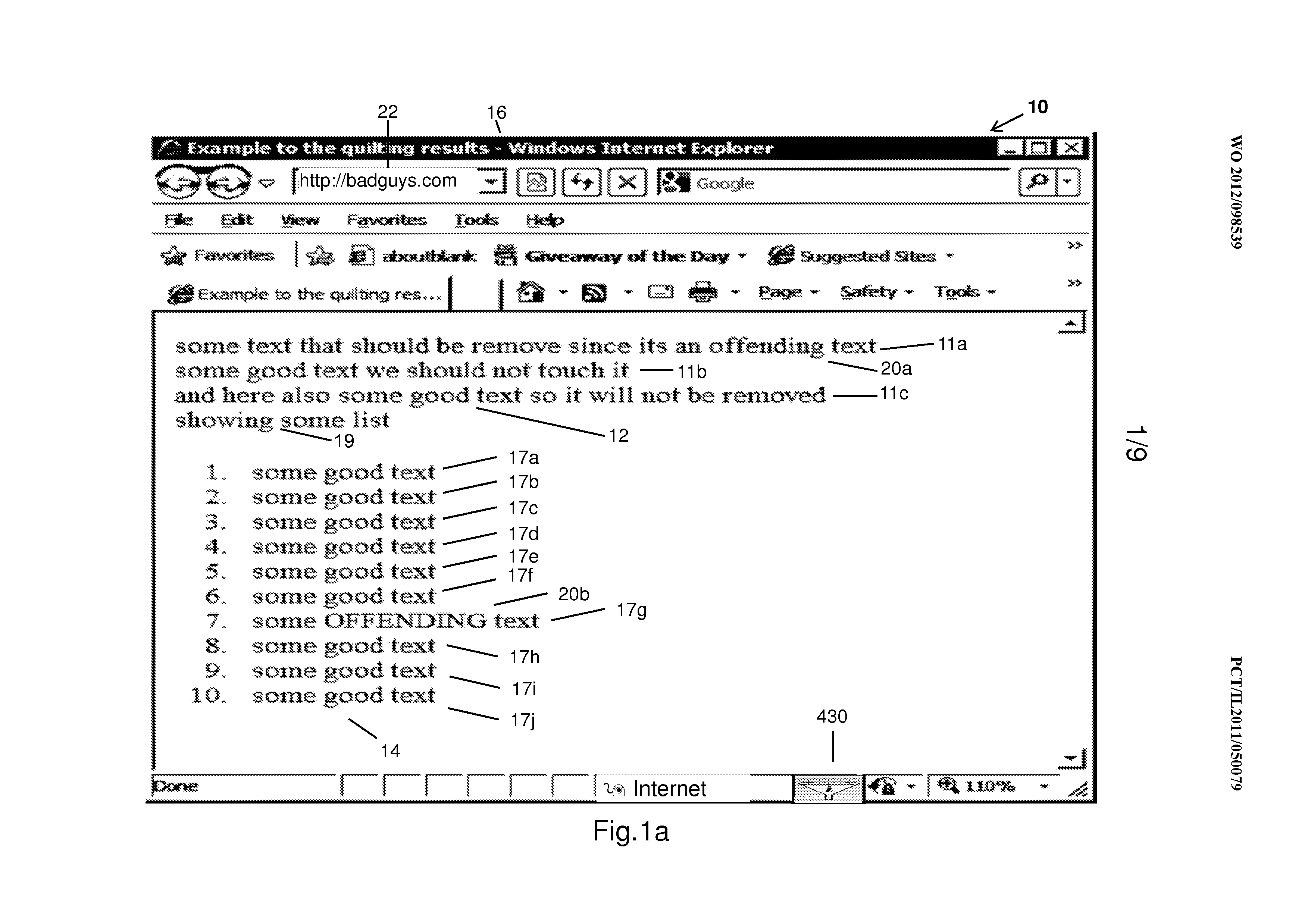 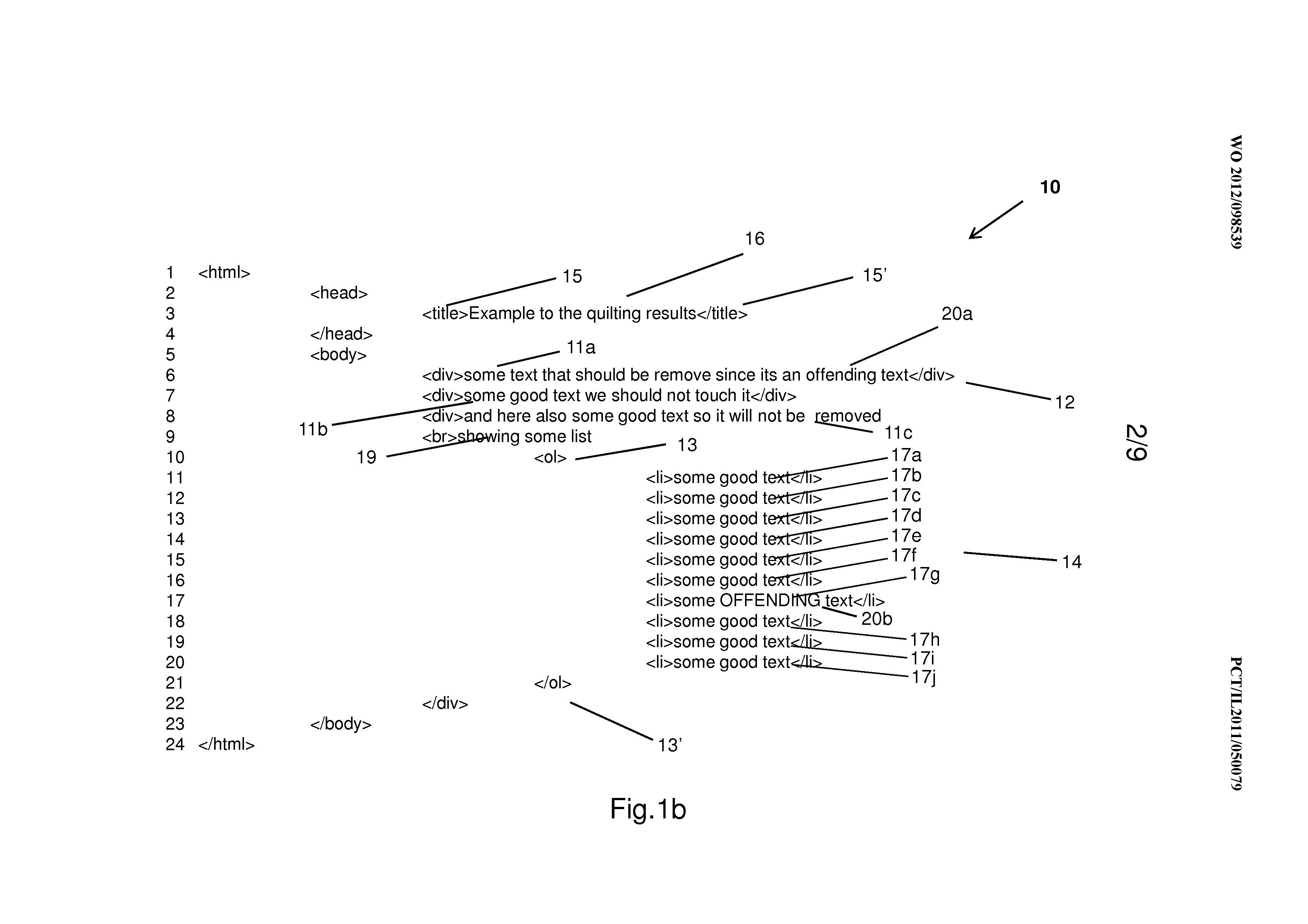 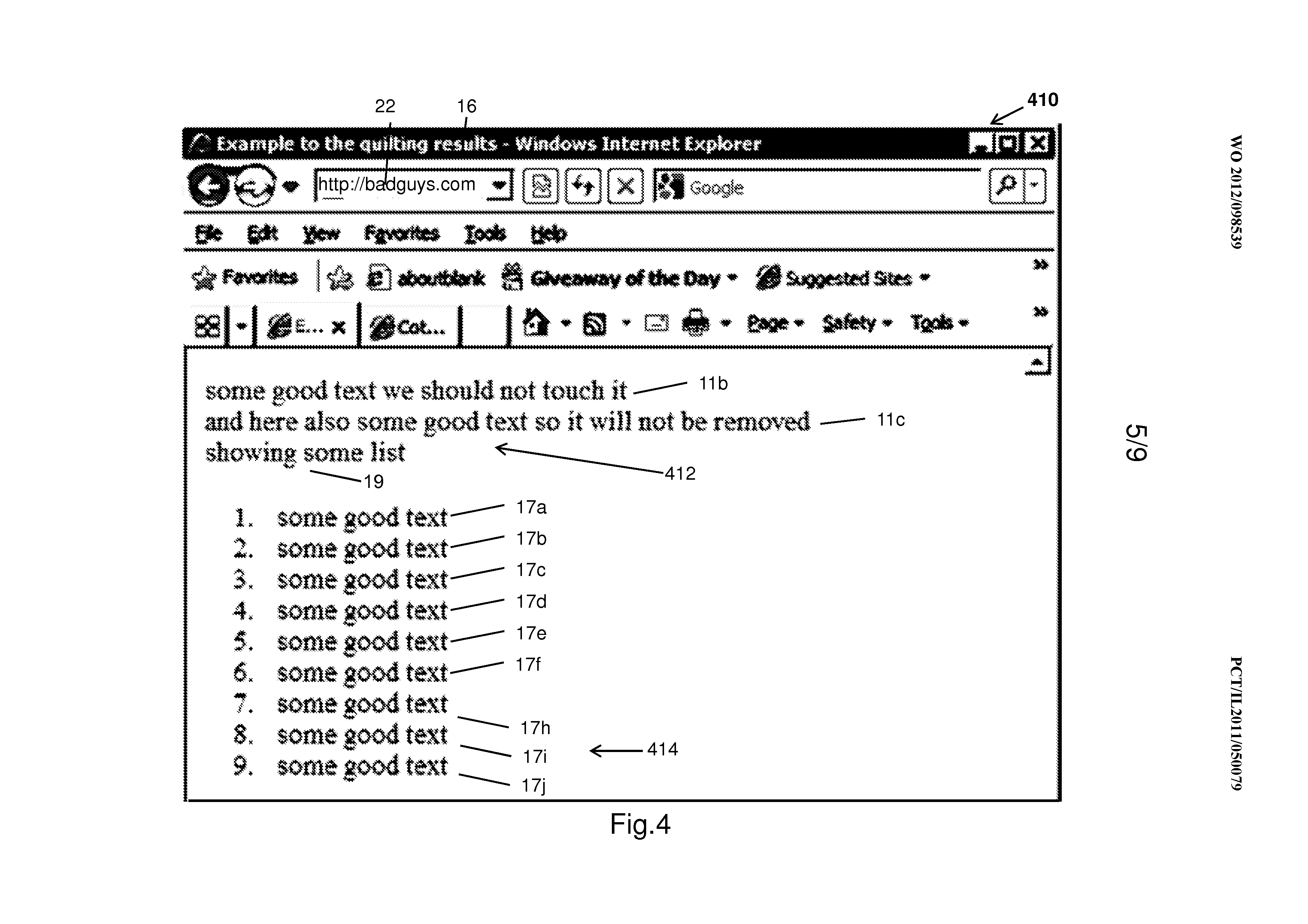 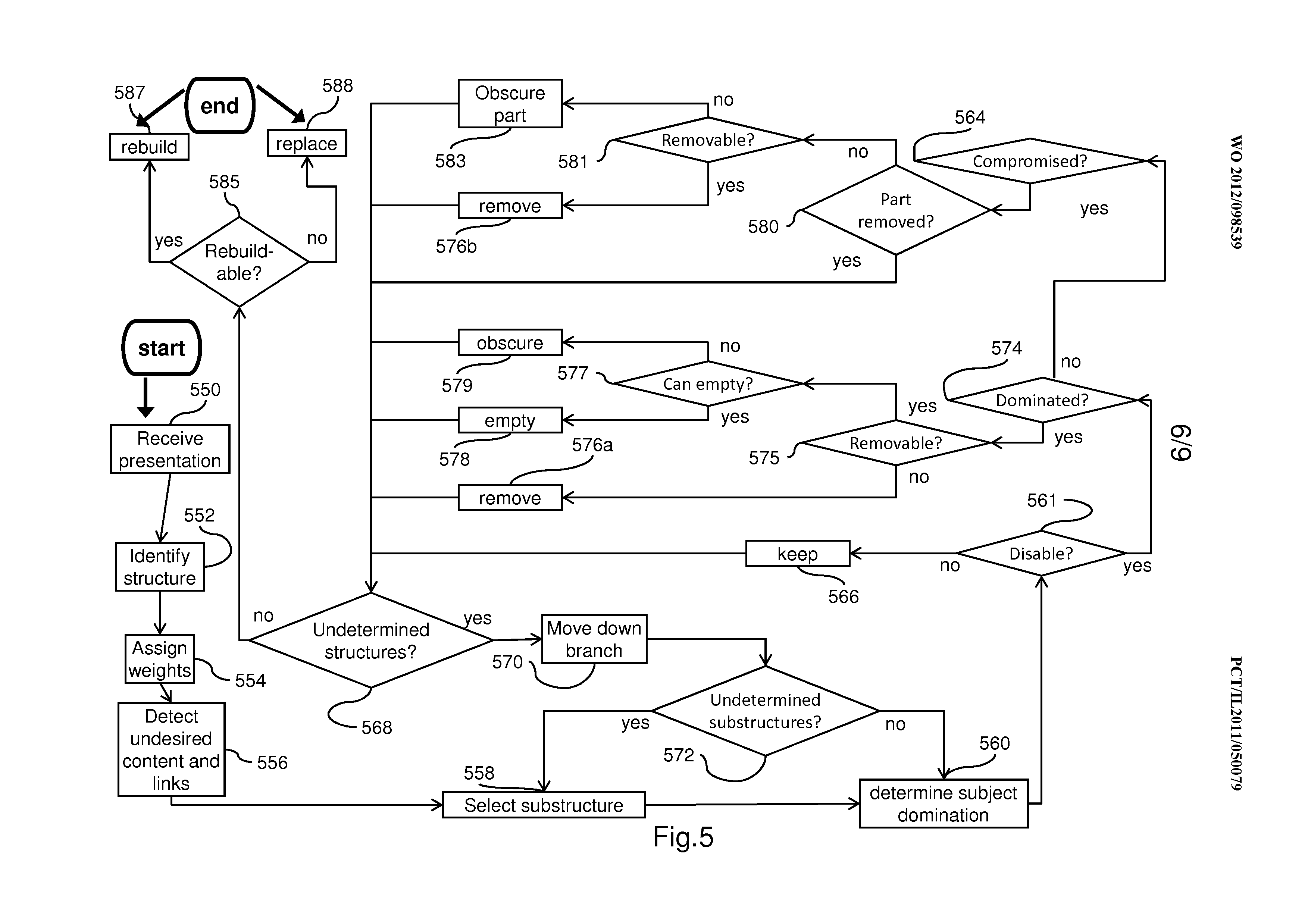 The document you linked to is not a patent, it is a patent application. Since claims are usually changed and narrowed during the prosecution of a patent application it is hard to know whether you will infringe on the subsequent patent is or when it is issued. You can't enforce applications, only patents. However, I did find a US patent associated with this application family: US9529896B2.

In order to infringe on a patent, you must implement each and every step of at least one claim. Here is the first claim of US9529896B2.

As you can see, this is a very long and detailed claim. Long claims are actually considered narrower than short ones since you only need to avoid a single step to keep from infringing on it. For instance if a claim has steps a, b, c and d and you only implement a, b and d, you should avoid infringement. However if you implement a, b, c, d and e (new stuff), you will infringe. The other independent claim is claim 7 which is also quite long. You know your process better than I do so compare what you are doing to these two claims and see if you are avoiding at least one step in each.

Since you received a warning letter, I think you absolutely need to consult with a patent attorney. The attorney can provide an assessment of freedom to operate of your implementation and how to respond to the patent holder.

6
Is this patent application granted, abandonded or pending? Which countries does it cover? Are there family members?
2
Claim value and detectability of infringement

2
Smartphone Apps: Difference between a device and software?
0
Not filing a patent, but found what seems to be "prior art" - any risk?
1
Examples and guidance for algorithms and procedures
5
File Provisional Application without some implementation details
2
Does a patent on an invention which does not work (but granted as if it does) count as invalidating prior art?
2
To which degree can an earlier but inoperable invention still be seen as prior art?
0
How are patents like US7548054B2 and US9588147B2 granted in light of DE2003120293
0
Patentability of HTML machine