Patents that have been filed through the PCT

How do I confirm if an United States patent has been filed through the PCT ? Is there a number(cover page) on a granted patent that shows all the countries that the invention are protected in as well ?

Is there [something] on a granted patent that shows all the countries that the invention are protected in?

Not definitively. But the EPO has something called INPADOC that lists members of a patent family from around the world. It will not necessarily list patents from smaller locations. I just looked up a patent family (with 20+ applications) that I am working on and was surprised to see that it picked up most of not all members of the patent family including one in Taiwan, which, according to WIPO/UN, does not even exist.

To use INPADOC first look the patent you know about up in the EPOs Espacenet. In the example below see the INPADOC patent family box on the left.

The next image is of an INPADOC result page. 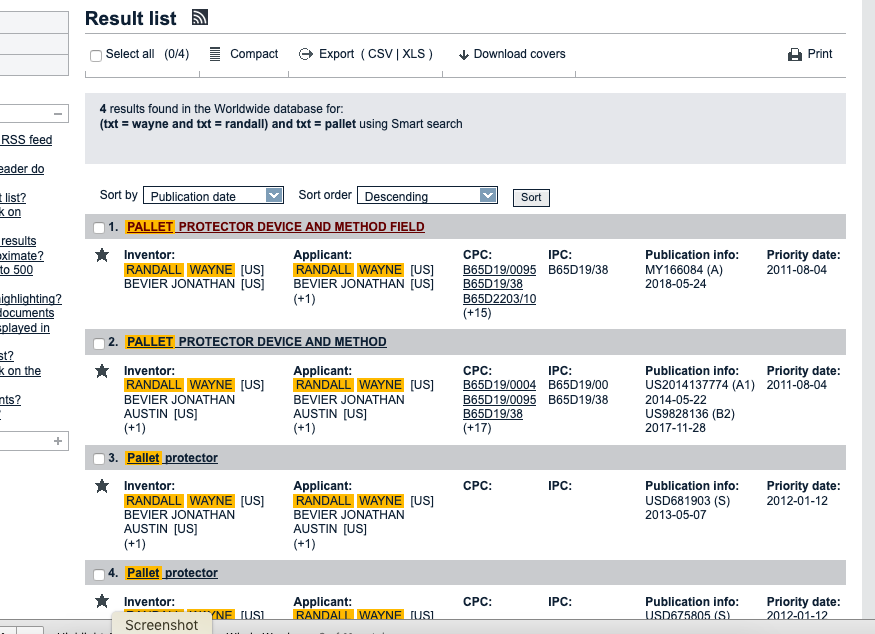 Each country/regional body handles its own patent examination, granting and publishing. Also, keep in mind that the publication of a patent is like publication of a book in that events that occur after its publication are not reflected in its contents. There are databases that can help you. For a PCT application you could look in WIPO's PatentScope for the PCT application. It will have a tab called National Phase.

At that page you should see a list of the places, if any, that the PCT application entered the national stage. This may not actually include everything because there can be corresponding patent applications to the the PCT application without actually being a national stage of it. For example Argentina is not part of the PCT system and the U.S. has something called a by-pass application. Things can go from a PCT to a regional body like the EPO and then to actual countries in an additional step.

Also, a patent application can be filed in multiple locations without the PCT process. This is done under the Paris Convention, a much older international agreement now managed by WIPO.

Looking it up in google patents or The Lens can be a quick way to possibly learn about patents in multiple locations.

• If an US patent has been filed through the PCT, it can be confirmed from the bibliographic details / front page of the US patent which includes the fields like PCT filed, PCT No., 371 Date, 102(e) Date, PCT Pub. No., and/or PCT Pub. Date.

• No, such details are not available on the US granted patent. It can be viewed on WIPO IP portal @ https://patentscope.wipo.int/search/en/search.jsf by entering the corresponding PCT number. Upon clicking the retrieved result, all the related details of PCT number can be obtained, wherein the National phase tab includes the details of all country filing details.

Not the answer you're looking for? Browse other questions tagged international pct number publication .

14
When patenting in the United States, what impact does patenting in other countries too have?
7
Are there any advantages to making your first filing in one country vs. another?
1
WO and PCT patents do they have different jurisdictions?
2
Filing of a PCT without disclosing all previous applications
1
Can I file new patent, copy of patent I filed couple of years ago, as I missed PCT for few countries
2
Can you claim internal priority with the PCT?
3
Can a PCT application, filed with piority, be withdrawn and refiled, and retain the original, now lapsed, priority?
3
WIPO patent filing vs US patent?
2
If the 12 month window for PCT application is missed, is all opportunity lost for foreign patents?
1
PCT application: when is the last chance to file divisional applications?