What is the difference between US7938262 and antique string holders?

I am wondering what is novel in US Patent 7938262 for a potpourri holder:

I offer a variety of early American string holders, used in stores to hold a ball of twine or string for ease of packaging. Some were designed to sit on a counter while others hung. Some were hinged, some not. Some cast iron, some wire, but many materials were used. Hundreds of designs were made. It appears that this patent is solely to prevent anyone from selling an antique string/twine holder to hold potpourri?

My wife bought one of these and it's exactly the same as an old string holder that was in my grandfather's shop 70 years ago, except the materials are cheaper, it's made of wire instead of cast iron, but that doesn't appear to justify a patent. I was amazed to see a patent number on it when it doesn't appear to have anything new to it. It looks almost exactly like, and functions exactly the same, as the first image below. 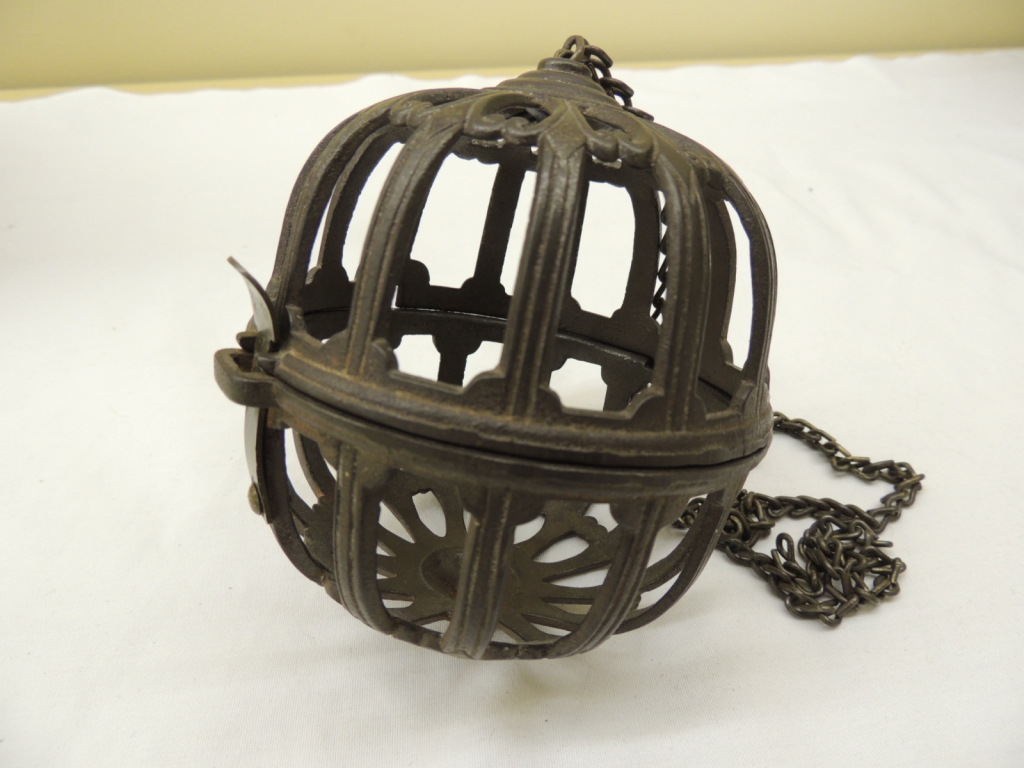 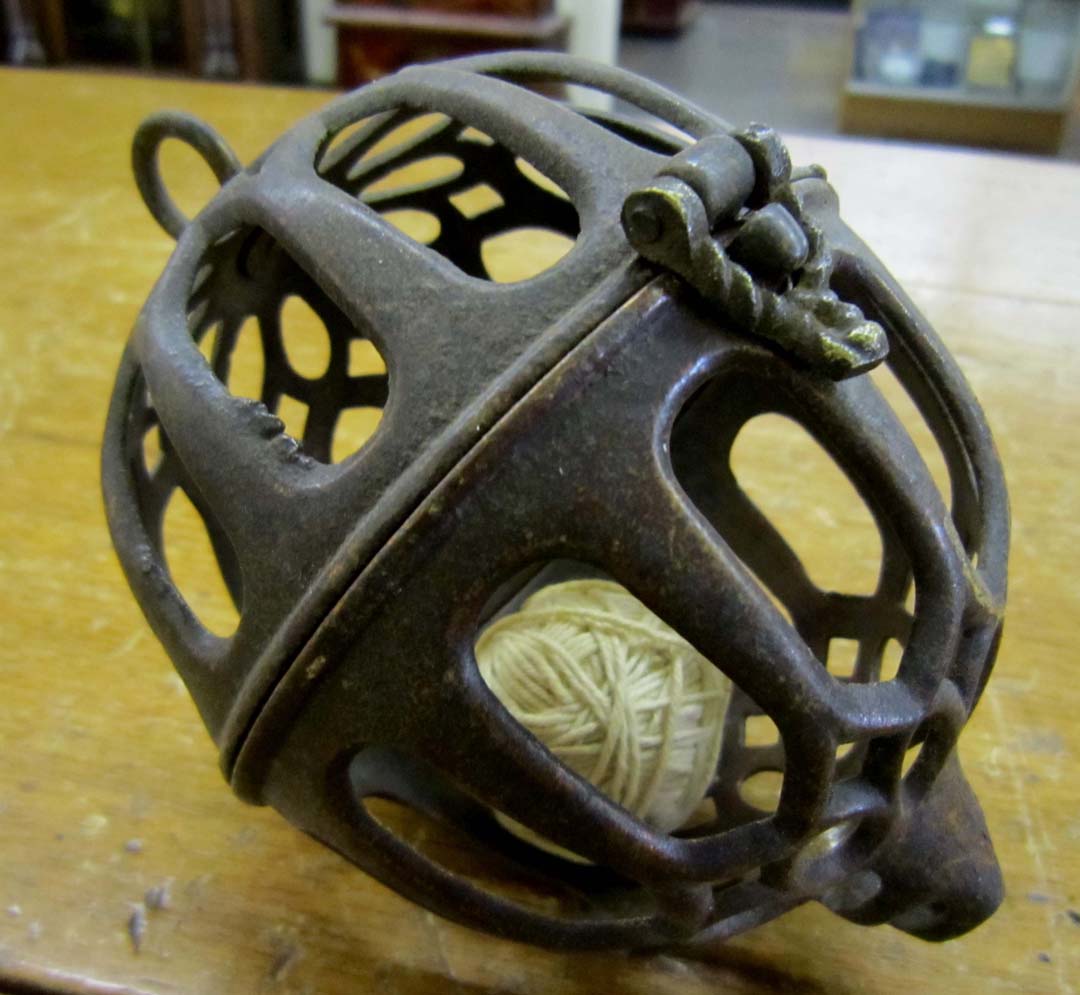 Another hinged one
General info on twine/string holders And here are more: 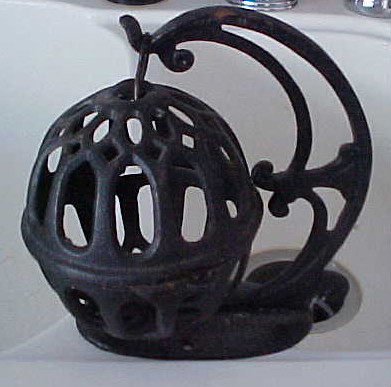 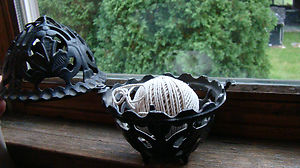 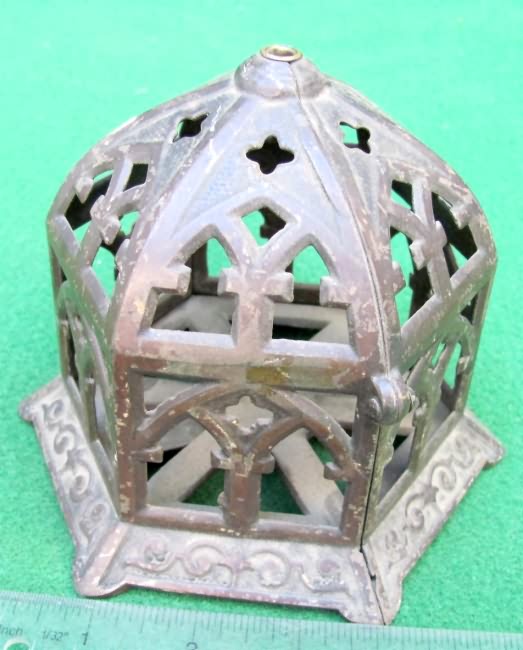 The patent claims potpourri as an element of the invention. In other words, in order to be anticipating prior art to the claims of this patent, the items you're thinking of would have to include potpourri and would also have to be in the shape of a fruit, vegetable, nut, tree, animal, sea creature, reptile, or star. (Kind of a ridiculous utility patent, imho, but there you go.)

Ah. I am confused then, because claims 10 through 20 of the patent all say decorative items rather than potpourri and define the item as a decorative holder, no longer just a potpourri holder. You are saying these claims listed are actually an abstract? Sorry if I'm missing something obvious here.

Not the answer you're looking for? Browse other questions tagged prior-art receptacles-packages us7938262 or ask your own question.

34
What is the window for finding prior art on a patent application?
16
Can the non-obviousness of an invention be challenged if the difference to prior art is only the mathematical-statistical approach?
9
What is the layman's definition of 'prior art' in the US and other countries?
2
is there an infringement between this patent and lufthansa us8216392 patent?
1
What is the difference between US6510441 and the Knuth-Plass algorithm?
1
Smartphone Apps: Difference between a device and software?
0
What are the implications of insufficient prior art?
7
What is the relationship between US20080195499 and Bitcoin?
0
Can I patent the same embodiment with one functional difference?