What does "Ep: pct application non-entry in european phase" mean?

A PCT application is an application for a patent in 150+ jurisdictions. Theoretically you can chose which of those places your application covers at the time you file. That is called a designation. In actually, all member countries are designated by default.

As a question in general, this note would not preclude coverage somewhere in Europe. It might have entered a national stage directly in one or more places. There might be another application with overlapping claims that was taken further.

In the specific case of the named patent the WIPO site shows no national or regional stages. The international preliminarily report finds none of the claims searched to have an inventive step. The Global Dossier (both reachable from the google patents site linked to in the question) tries to show the whole family of related applications. It shows two granted in the U.S. (US 10358461 and US 9550805)

In terms of freedom to operate, there may way be other patents in Europe or elsewhere that cover the same or overlapping material. 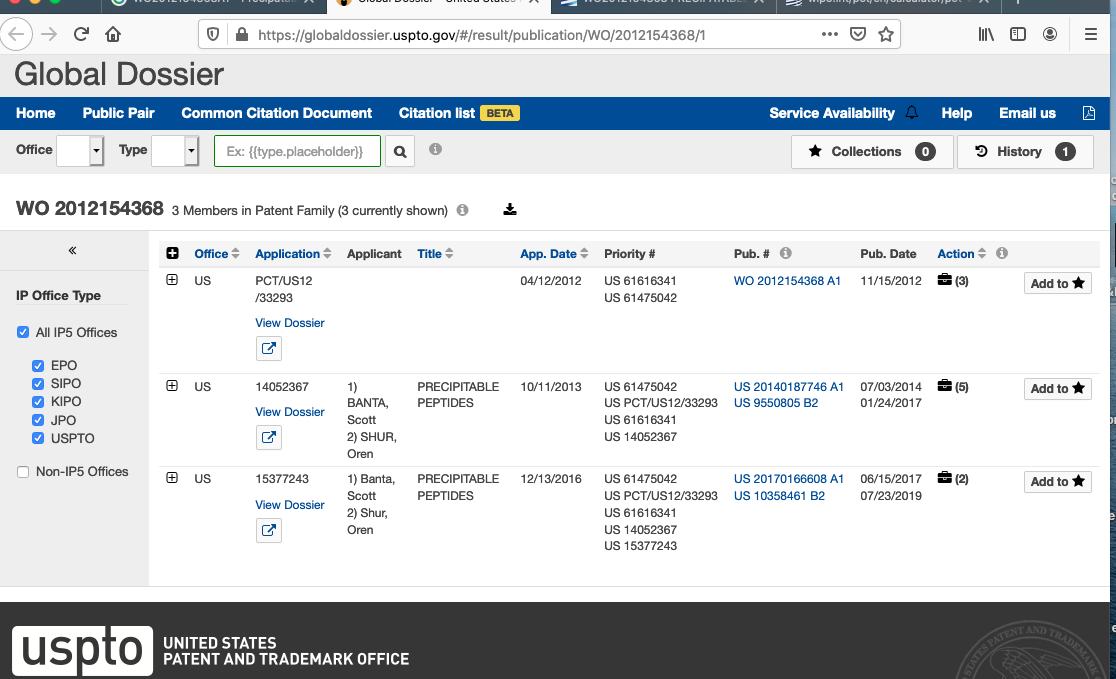 Not the answer you're looking for? Browse other questions tagged pct epo non-entry or ask your own question.

0
What does it mean to 'recapture' information from a PCT application?
0
patent life of a PCT application and royality thereof
0
Finding russian document of PCT-application
2
Can you claim internal priority with the PCT?
4
Can a PCT application, filed with piority, be withdrawn and refiled, and retain the original, now lapsed, priority?
3
publish date vs priority date in pct countries for novelty purposes
0
Meaning and implications of "non-entry into the European phase"
1
PCT application: when is the last chance to file divisional applications?
0
Is it safe to share our published PCT Application with an Investor before entering the National Phase?
2
National phase after PCT with positive IPRP (chapter ii)