Help identify the country and the invention of this patent 20877 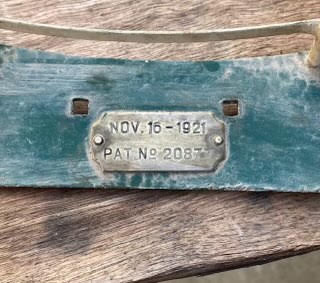 This plate for patent number 20877, dated November 16, 1921, is on a horse-racing slot machine. What does this patent cover and where was it issued?

Based on the date (November 16, 1921), it's not a United States utility or design patent. US utility patent 20877 and design patent 20877 were both issued several decades earlier. Also, I don't believe slot machines were patentable in the US at that time, since they weren't considered "useful" - however it's possible that the slot machine contained a patented device used in other non-gaming devices.

Edit: I've checked the USTPO, Google Patents, and Espacenet. Nothing matches both the date and patent number.

Browse other questions tagged identifying or ask your own question.