How can I see how many patents a Registered Patent Agent has filed as a patent agent to the USPTO?

I wonder how I can see how many patents a Registered Patent Agent has filed as a patent agent to the USPTO.

I don't see any option to search for that in https://patents.google.com/: 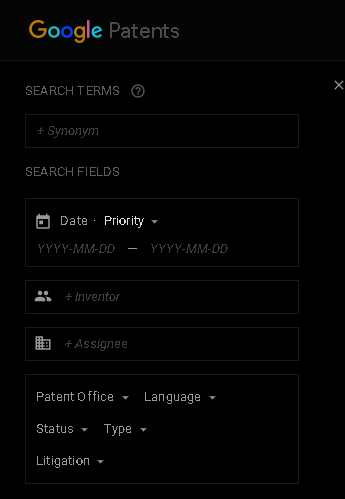 Using either Lens (formerly known as The Lens) as EricS illustrates or, alternatively, the USPTO's patent search site makes this easy for issued patents. Thanks for using me in your example search.

But, taking the question literally, no, there is not an easy way to see the applications filed by a particular registered practitioner. It is buried in the complete public record of each case but not on the face of the document that is searched. In patent work we do take things literally. Not every application turns into an issued patent.

First publishing applications only started in the US for applications filed after November 29, 2000. We started this practice the rest of the world had followed as part of an international treaty.

Second applicants can opt out of having their application published if they state that they will not file a version of the application anywhere else.

So you can usually find patents by registered practitioner but this is not 100% reliable. That field in the issued patent can have the firm name rather than the individuals name. Keeping with a theme, this is from one of the few patents I am an inventor on from my previous career. It was filed and prosecuted by the terrific patent attorney John King but only the firm is listed. 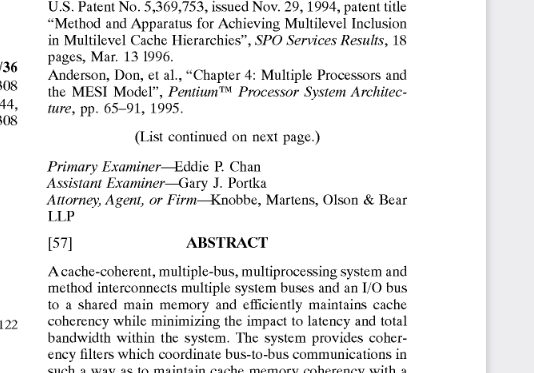 Lens.org provides quite a few searching options not found in Google Patents. One of them is searching by patent attorneys and agents. See the following screenshot. You can continue to refine by jurisdiction, patent status, etc. 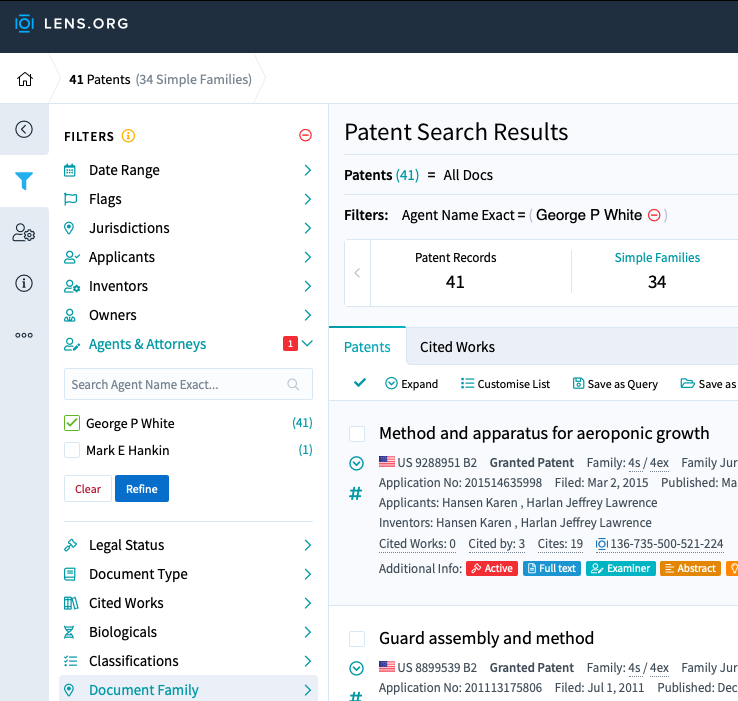 0
How can I access the complete public record of a USPTO patent?

12
How long does it take a patent application to appear in the USPTO database?
1
How solid are foreign patents that are later filed in the US?
1
Number of patents in a classification
2
USPTO different numbers for the same patent
0
How can I retrieve the meta-information of all patents filed to the USPTO by a given assignee?
0
How to find the patents an agent has drafted or prosecuted?
0
How can I access the complete public record of a USPTO patent?
0
Does the inventor's citizenship have to be indicated when filing a patent application to the USPTO?
0
Can members of the general public create and publish hyperlinks to patents in the USPTO's Patent Public Search system?
0
Patents: Can USPTO be sued?