What constitutes enough of a change in a design patent for me to construct something for personal use?

I have absolutely zero understanding of patent law, and have only just discovered that it's illegal for me to reproduce a game called "9 Square in the Air" for personal use due to two "ornamental design" patents they were able to secure, and because of their price purchasing is out of the question as a college student. It may sound ridiculous, since I'm well aware no one is going to "come after me" over something I build for my backyard, but I'd like to obey the law.

For example, if the result is still 9 squares in the air using PVC piping, does it really matter what else I change since it will perform the same function?

USD656995 is an "ornamental design" for a 9-square game that includes telescoping legs. The test of another design is that it won't be mistaken for the patented design. Nine circles or hexagons would clearly qualify. If squares are required, then have the legs mid-span instead of at the corners, or make them wider flat plates at the top instead of the same size as the legs, etc.

Any improvement that you make to the product or item.

Removal of the telescoping legs is enough to differentiate from the patented designs.

Design Patents US D656,995 and US D650,445 should not have issued based on Prior Art, obviousness, and a lack of an "ornamental design". This 3x3 grid is purely utilitarian and lacks any ornamental features. These Design Patents both have Priority Dates of July 7, 2010. 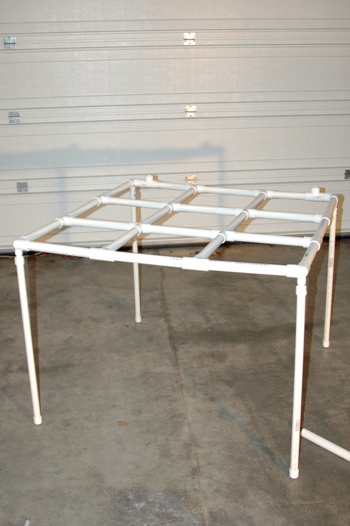 Two more examples that this is a non-ornamental design: 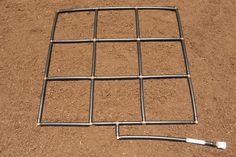 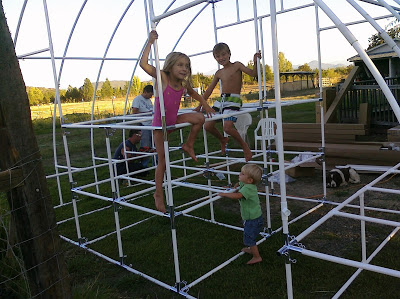 Where Have You Gone, Monkey Bars?

Obviousness: telescoping PVC can be found in many DIY projects.