Stack Overflow for Teams is moving to its own domain! When the migration is complete, you will access your Teams at stackoverflowteams.com, and they will no longer appear in the left sidebar on stackoverflow.com.

Check your email for updates.

How do you determine a patent expiration date?

How can I determine the lifetime of a patent?

-- skip to the end for a link to download a term calculator from the USPTO.--

At the Uruguay round of GATT in 1994 the U. S. agreed to change the term of utility and plant applications from 17 years from grant to 20 years from filing. This took effect for applications filed on or after June 8, 1995

I said that the 20 years is the "nominal" term. The actual term can be affected by many things. One is terminal disclaimer. A terminal disclaimer is used by a patent owner to agree that a patent will automatically terminate when a related patent terminates. This is to prevent so-called "non-statutory double patenting". Also a court can declare a patent invalid or unenforceable and the USPTO can, in a reexamination or other post-grant proceeding, declare one or all claims as being rejected.

The change from 17 years after issue to 20 years from filing was intended to not make a significant change to the average patent term. If a patent took three years from filing to grant, the actual term would come out about the same under either system. However, it is possible that the patent office might take longer than three years. To compensate for this, utility and plant patents issued from applications filed after May 29, 2000 can have days added on to their term by "patent term adjustment". The number of days the USPTO calculated for this is on the face of the issued patent (note: the USPTO's initial method of calculating this has been challenged in the courts and the USPTO has lost, so the number on the face of the patent may or may not be correct.)

For patents resulting from applications filed between June 8th 1995 and May 29th 2000 there is a different system called "patent term extension" ( not to be confused with an entirely different scheme also called "patent term extention" related to delays through the FDA). Under the non-FDA related PTE, the term of a patent is extended to compensate for delays caused by a secrecy order, an appeal that the patentee won or an interference. This is limited to five years.

To compensate for delays through the FDA processes a patent owner can apply for patent term extension when it gets a go-ahead from the FDA to compensate for the product not being marketable until that process concludes.

The last factor is maintainer fees. All utility patents resulting from applications filed after December 12 1980 require payment of maintenance fees to stay in-force.

The USPTO has a page on term calculation where a term calculator can be found. Elsewhere patents that asked for and received PTE are listed.

You can find the patent status and validity on the USPTO Public Pair site. Enter the patent number (without the US, or B2). The "Patent Term Adjustments" tab shows the applicable dates, in this case:

As this is an "old" application, it falls under the old rules which gave back days for USPTO caused delays (in some cases).

If the patent application filing date was on or before June 8, 1995, the nominal expiration date is the longer of 17 years from the date of issue or 20 years from the earliest non-provisional priority claim. )

In a nutshell: patents filed after June 1995 have a lifetime of 20 years from filing date, plus any patent term extensions (PTE). Check for PTE on the front page. 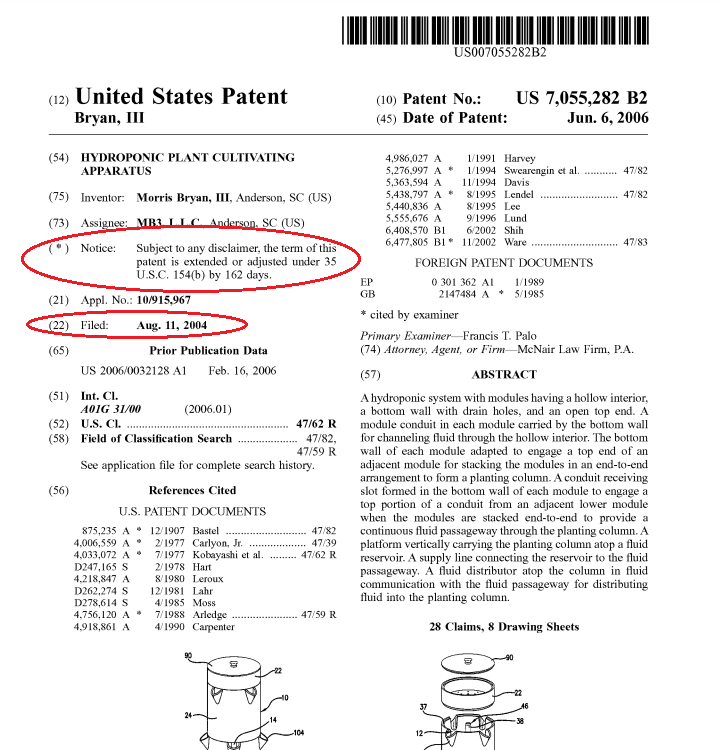 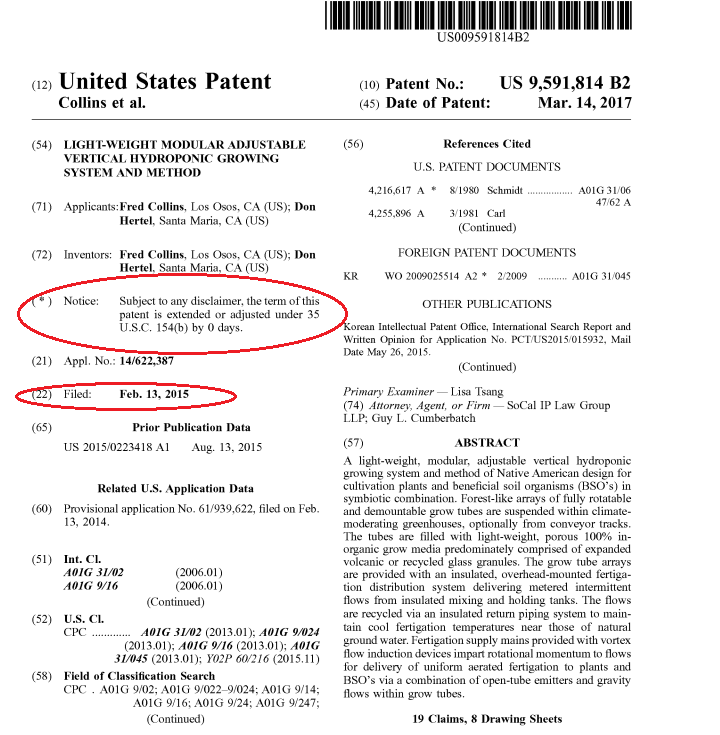 In my experience, the expiration date listed on Google Patents has always been correct, EXCEPT for patents with terminal disclaimers, which Google didn't take into account. 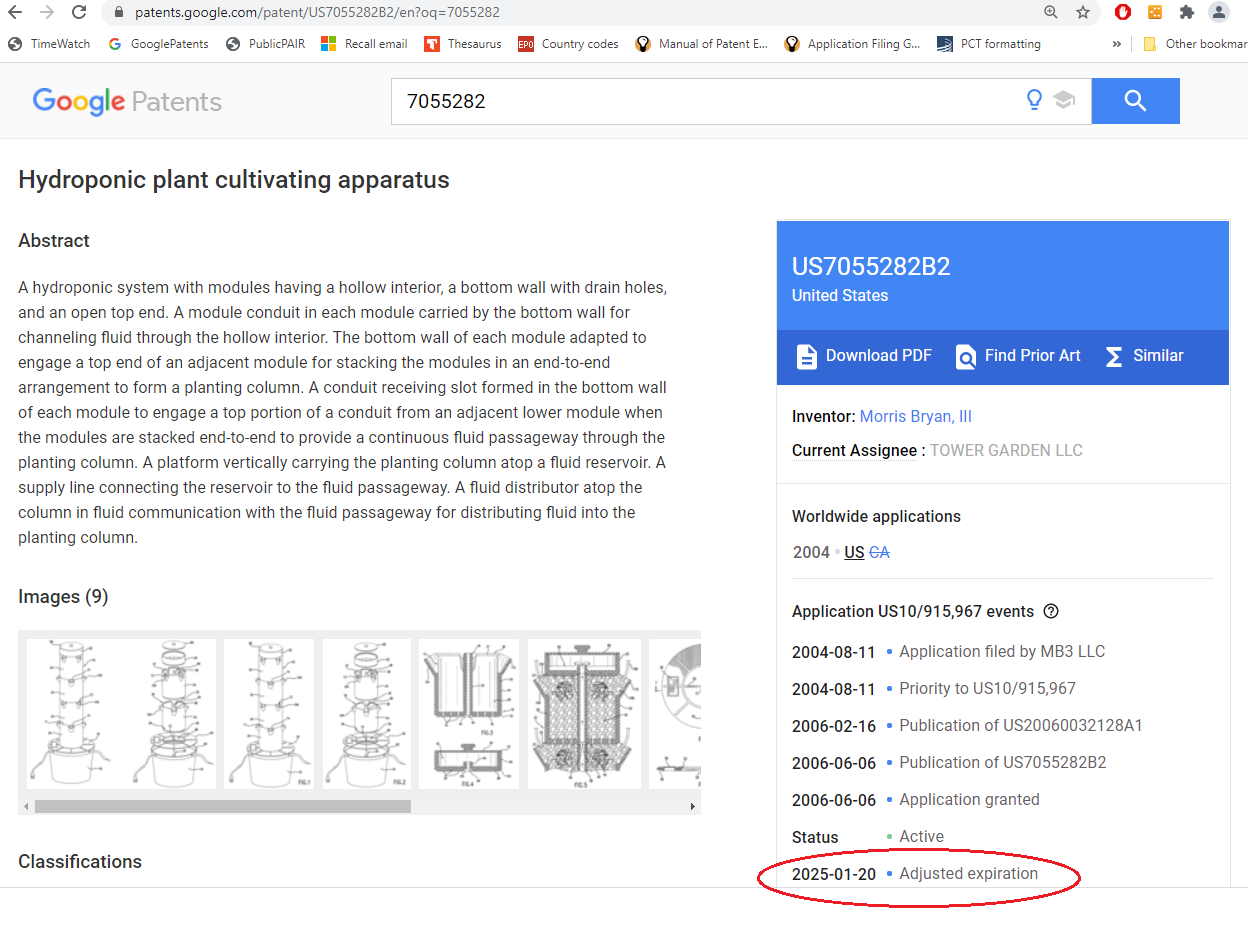