Hundreds of apps and software programs, and thousands of books, all doing the same thing. How does a basic patent with no new idea and no new embodiment get assigned a patent number?

This is simply software to practice speaking the sounds of a new language in different orders. The patent office can't look up the definition of the words used in the filing either?

This is a patent application. It is not an issued patent.

Typically 18 months after the application is filed it is made public and the dialog between the applicant and the USPTO appears as documents in Public Pair where anyone can read them.

The subject patent application US20130130212 has received two non-final rejections and a final rejection by the USPTO on 5/21/13. The applicant is allowed to pay another fee and file a Request for Continued Examination to continue modifying the claims and arguing with the USPTO examiner, which is what this applicant has done.

The applicant had a telephone meeting with the USPTO examiner in December 2013. The summary of that can be read in the file history as well. No agreement was reached with the examiner and the patent application would appear to be dead in the water as currently written.

This patent application doesn't entitle the applicant to do anything (except to keep discussions going with the USPTO by paying fees). It doesn't give the applicant any right to prevent others from making, using or selling a Language phoneme practice engine unless it is allowed.

If claims ever are allowed by the USPTO for this application, one would need to read to read the claims of the issued patent carefully to understand what has been patented. The title of the patent application is not a complete summary and often is only tangentially related to the actual invention (which can be much more limited).

You can see the file history here on Public PAIR 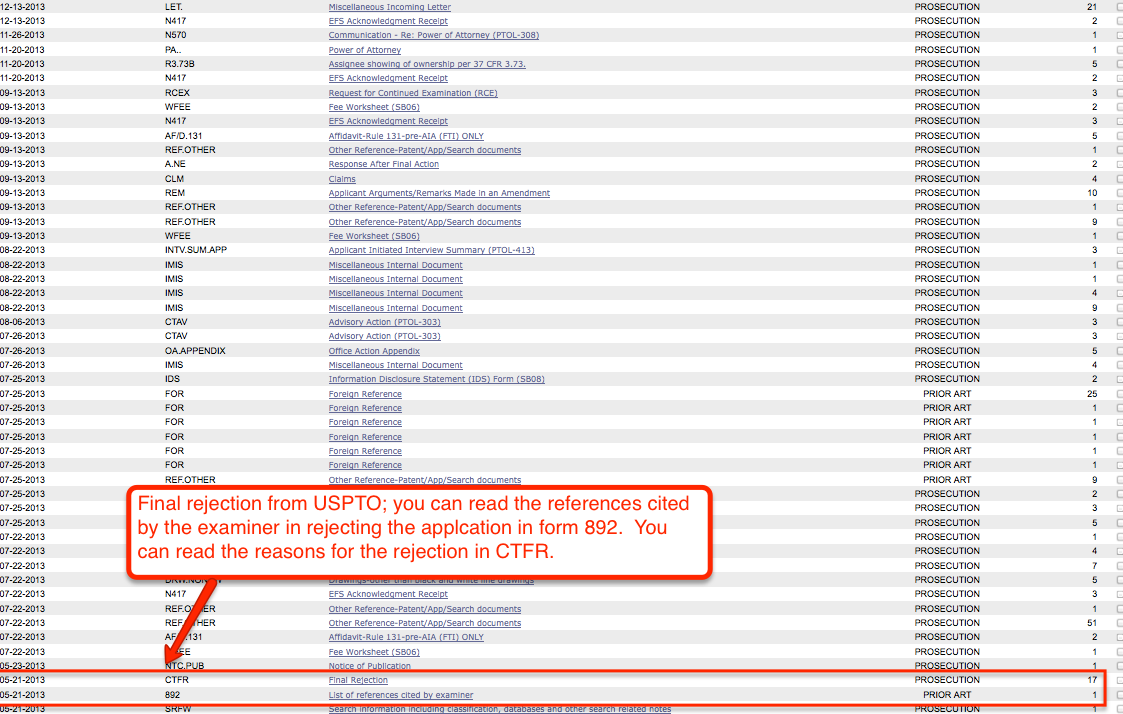 Not the answer you're looking for? Browse other questions tagged us20130130212 or ask your own question.