I'm a french college student having a school project where we have to build an existing data glove from a public domain patent. We chose US5280265 which has been published in 1990 using strain gauges (as most of affordable data gloves available on market).

However, one of my team member showed us the patent: US20080129694 which has been published in 1994, and is almost identical to the previous one. We can't figure out the differences between both, and we are allowed to use only public domain technologies in our project, and can't understand how such broad patent (US20080129694) can be accepted. 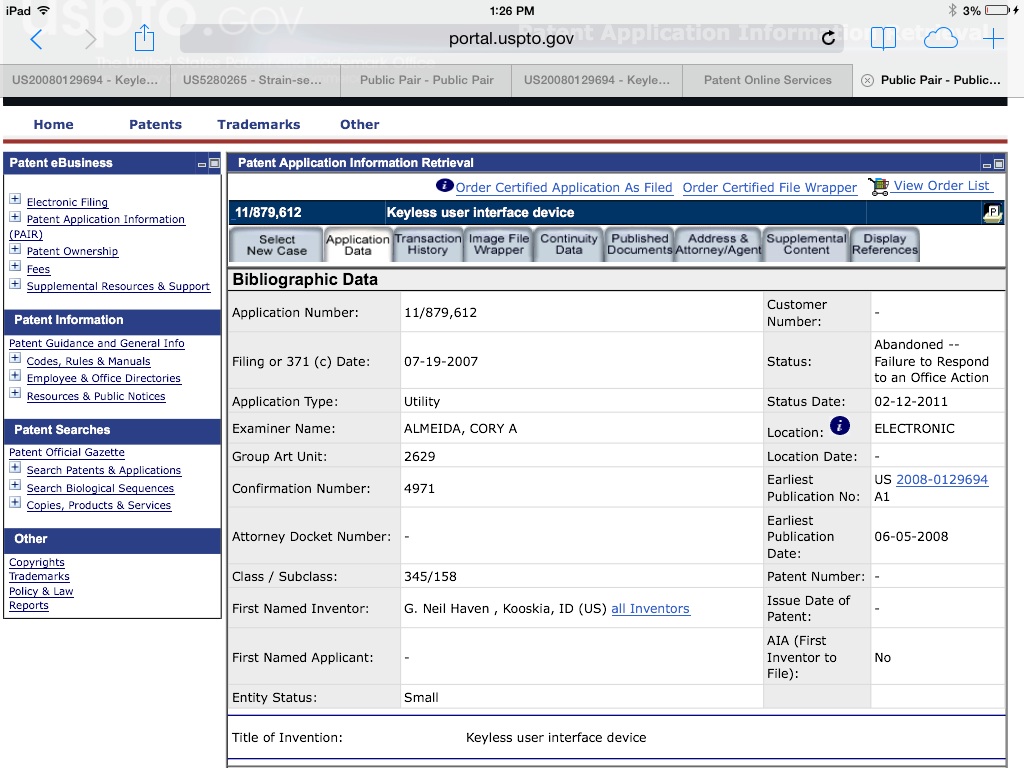