Where can I see in which country a patent is valid?

I am looking through Google Patents and reading the paperwork of various patents. In what section can I see under which country the patent is valid?

While any single granted patent is granted in a specific jurisdiction and only enforceable there, the applicant may very well have filed duplicate applications in any number of other countries.

Not every patent document is an issued patent. If the number has an "A" at the end it is an application. If it ends in a "B" that indicates an issued patent. But issued may not mean enforceable. It may have expired at the end of its term or renewal fees may not have been paid and it may have expired early. The two letter country code and the A or B suffix are international standards.

Google patents will not necessarily show all related patents. One way to get a bigger picture is to use the INAPOC database. You can get to it in several ways. One free patent search site, The Lens, says it covers 90 patent jurisdictions. When you look up and find a patent document it has a series of tabs. From the tabs you can seen where it has been filed (if it is a matter of public record at the time) and it also shows if renewal fees have been paid. A screen shot shows a map of the world showing the coverage of a particular semi-random pick. 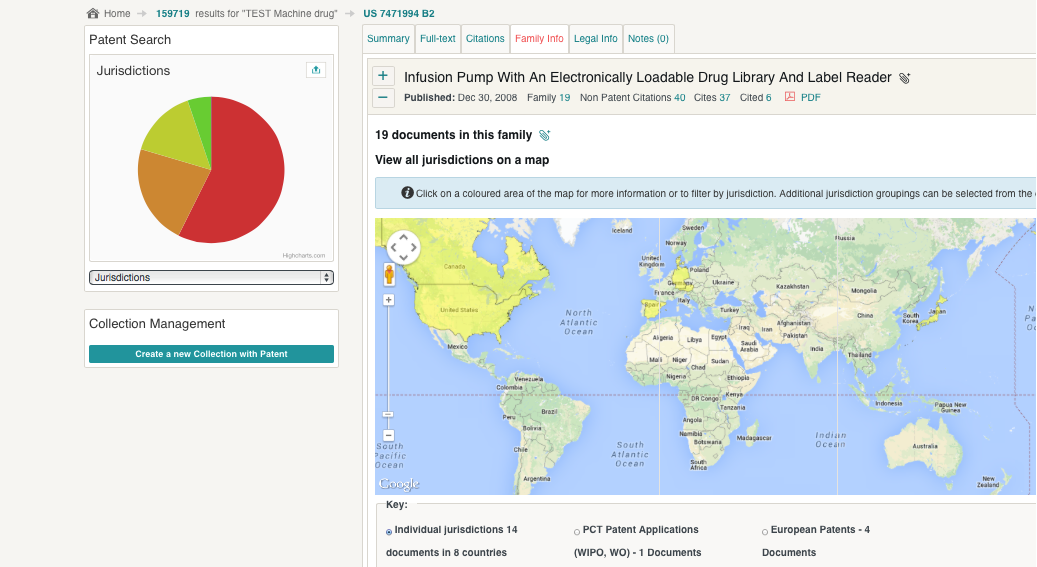 Patents are only valid in the country that issues the patent. There are no international patents.

Not the answer you're looking for? Browse other questions tagged patent-services validity or ask your own question.

2
Is Imported Product Made in Foreign Country Prior art to US Method Patent?
1
Can I buy patent for a specific gesture that I have used for specific purpose in google glass app?
2
Patent office statistics and reports for rejected Patent applications
6
What is considered applicable prior art?
2
Exactly what is patented
1
How can I find out if a US patent is valid in Germany/EU
0
Is patent GB2418423A valid?
0
Transferring images over wireless networks is patentable?
4
Do scientific errors in patent description affect its validity?