Summary: A confetti-like download progress animation, wherein the color(s) of the confetti pieces are based on the colors of the image or portion of the loading/downloading image. 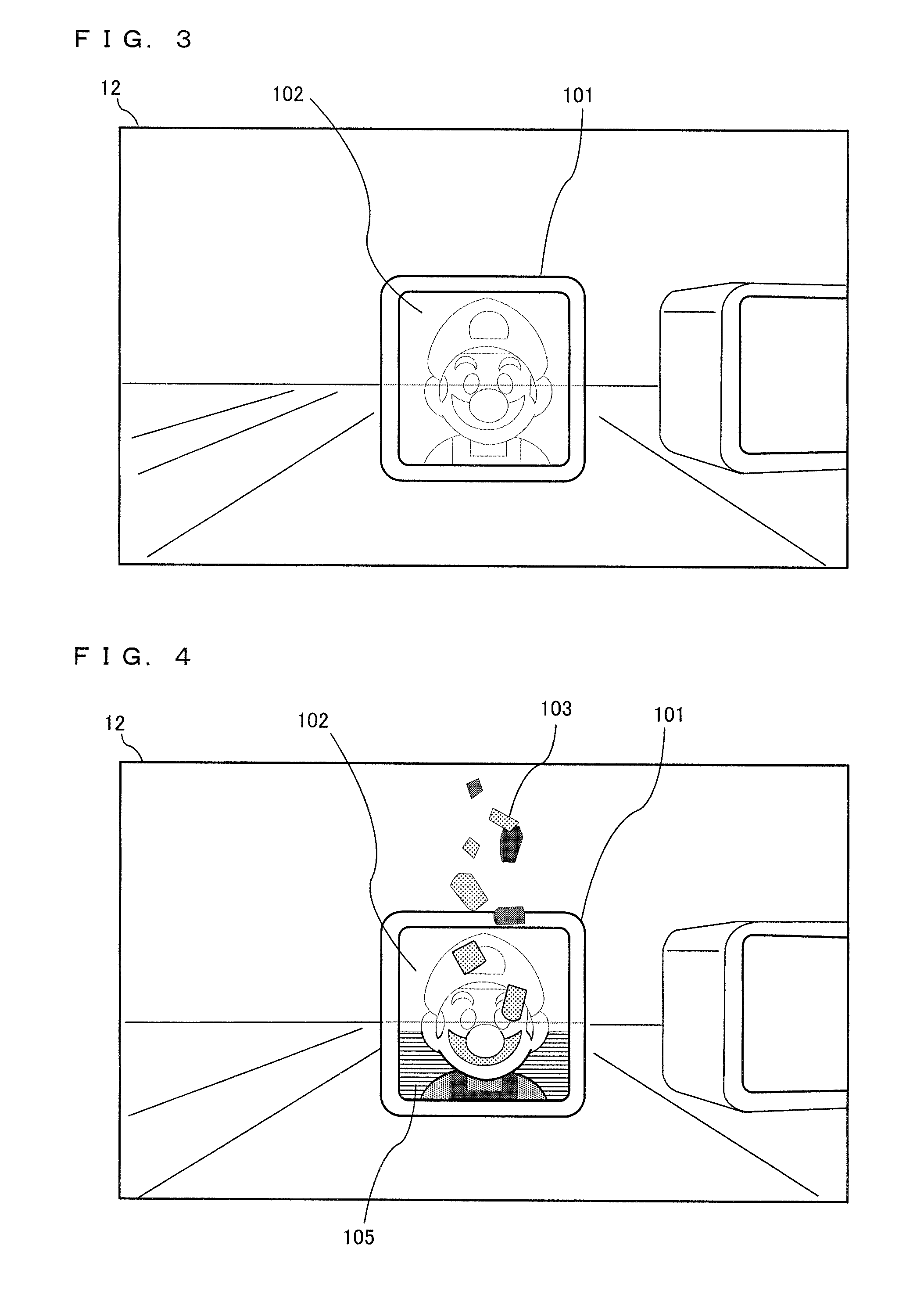 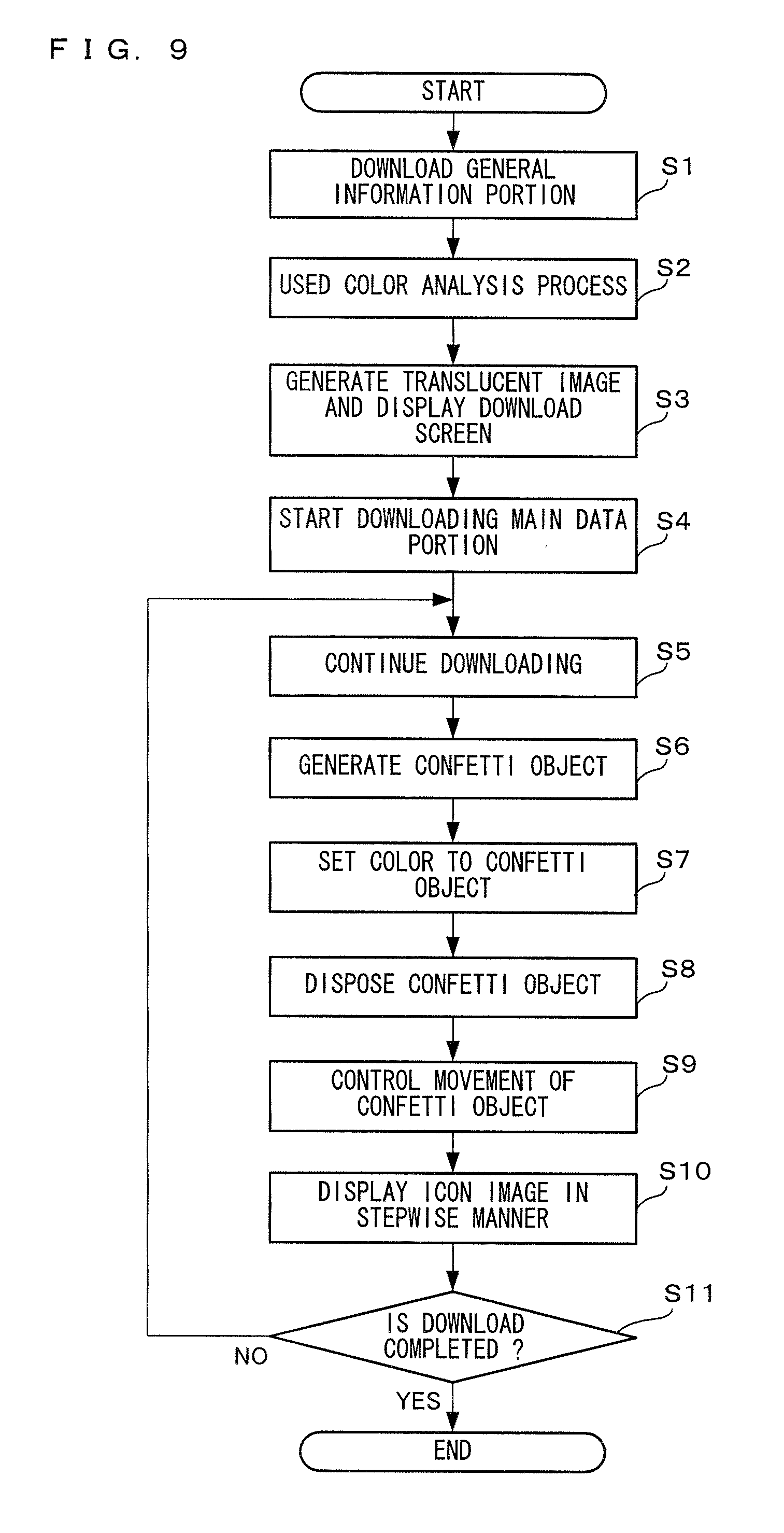 QUESTION: Have you seen anything that was published before November 17, 2010 that describes claim 1, especially the features of the object moving section?

For details about what makes good prior art, please see our FAQ. Once you have submitted prior art, check back soon to see if the Ask Patents community have chosen your prior art to be submitted to the United States Patent & Trademark Office.

"Animation is often used to good effect in this pattern; motion draws the user's attention, and its cessation implies a new relaxed, stable state of being ("the process is done, so you can relax now")."

"... you can define if and how the current step gets a little extra animation, and some more properties influencing the animations."

"You might also create an animation that changes as the file loads."

This is a pop fly if you know your image formats. Take for example the Progressive JPEG format, which is originally from ISO/IEC 10918, which dates to 1994:

This shows early pixels in a blocky format while the image continues to download. Progressive JPEGs weren't original either, they were probably inspired by interlaced GIFs and a whole host of other progressive "confetti" formats. All these formats date to the 1990s:

The essence of the claim seems to be that an image is slowly assembled, as an analogous process to another download that's occurring in the background.

Creative progress indicators of this sort have been around for a very long time. Often they are used with games, where they are called loading screens. I suspect that searches under that keyword would be fruitful. TVTropes also has a long list of examples.

In the modern era, games are loaded from the network and are very large, so sometimes the wait for a game to start can be long. I assume this is Nintendo's interest in the patent.

However, game designers faced similar problems in the 1980s. Here's the loading screen for the Commodore 64 game Sanxion, released in 1986. Music is played and the artwork is slowly drawn on screen while the data loads from tape. There are many other examples of Commodore 64 loading screens on YouTube. A publisher called Ocean was notable for using slowly-loading pictures as loading screens.

Here are a few more recent examples which are even closer to what Nintendo is claiming.

The Java ReversiFX applet uses flipping board tiles to indicate download progress. I believe this example existed much earlier (maybe 2006), but the docs on Oracle's website definitely date from no later than January 2010. They refer to Java SE release 18, which was released on January 18, 2010. according to Wikipedia.

This SVG connect the dots progress indicator does not have a date specified, but it appears to have been last modified on June 15th, 2010. I tried to find the website proprietor, maybe he will respond here.

How is this different than the grainy step by step downloads of large image files in web browsers? Near as I can tell, you could tell the progress based on how many of the pixels (which are the same color as the target download) had shown up and how much of the image was still missing.

I'd wager that if you sat and watched Pretty Loaded for long enough you'd find a loading animation that does precisely what they're describing.

Technician Ted (1984) had a loading screen with animated characters walking around, and a progress meter. Here's a video:

Not that this may matter (IANAL, but...); the key "differentiating" feature of this patent appears to be the color-matched icon which is carried around the world. Although we can knock out entire classes of "loading screen patents".

Another example would be Joe Blade 2 - http://www.youtube.com/watch?v=2QrK1uH75zk (1988) which let you play a pacman game while loading from tape.

(Namco also owns one on playing Galaga while loading).